Join EU40 and ViacomCBS on 10 February at 16:00 CET for a discussion titled “Reflecting Me: How Can the AV Sector Support the EU’s Diversity and Inclusion Agenda?“.

Reflecting me: Global Representation on Screen, the newest Global Insights project from ViacomCBS Network International’s Content for Change initiative, surveyed over 15,000 people around the world. Nine in ten people agreed that TV shows and movies influence perceptions. Respondents also said they believe entertainment companies have a responsibility to increase authentic, accurate on-screen representation. Sadly, more than half said they are not accurately represented on-screen currently.

The potential impact of the media – both positive and negative – on diversity and inclusion are also recognized by the EU institutions. A couple of recent examples include the Commission’s Media and Audio-visual Action Plan, which talks to the importance of fostering diversity both in front of and behind the camera, whilst the EU Anti-Racism Action Plan for 2020-2024 refers to the media’s role in combatting or perpetuating negative stereotypes. It’s a topic that frequently comes up in discussions in the European Parliament too.

It’s with these different factors in mind that we have decided to organise this initial online panel discussion to kickstart a wider conversation on the role of the media in supporting the EU’s diversity and inclusion goals.

– Evin Incir MEP, Co-president of the European Parliament’s Anti-Racism and Diversity intergroup (ARDI) and member of the LGBTI intergroup

The Power of Representation On Screen 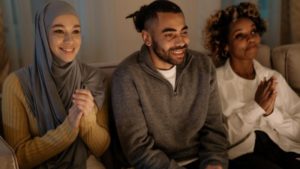 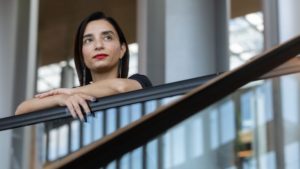