On 16 November 2021, EU40 hosted an online debate with European policymakers and top health experts on the lessons learned from COVID-19 and what Europe must do from a policy, regulatory, patient and industry perspective to address the ongoing pandemic threat – while also preparing for potential crises in future.

The speakers, who included experts from the University of Oxford, organisations like CEPI and EFPIA, vaccine manufacturer AstraZeneca and the European Commission, were united in the view that Europe must not return to “business as usual” but should act now to ensure better patient care across the continent by, for example, doing more to reduce bureaucracy and improve collaboration between Member States.

A live poll at the start of the debate showed that a substantial majority of viewers believe Europe has either not, or only partially, learnt the lessons from COVID-19 and is not well prepared for future health challenges. 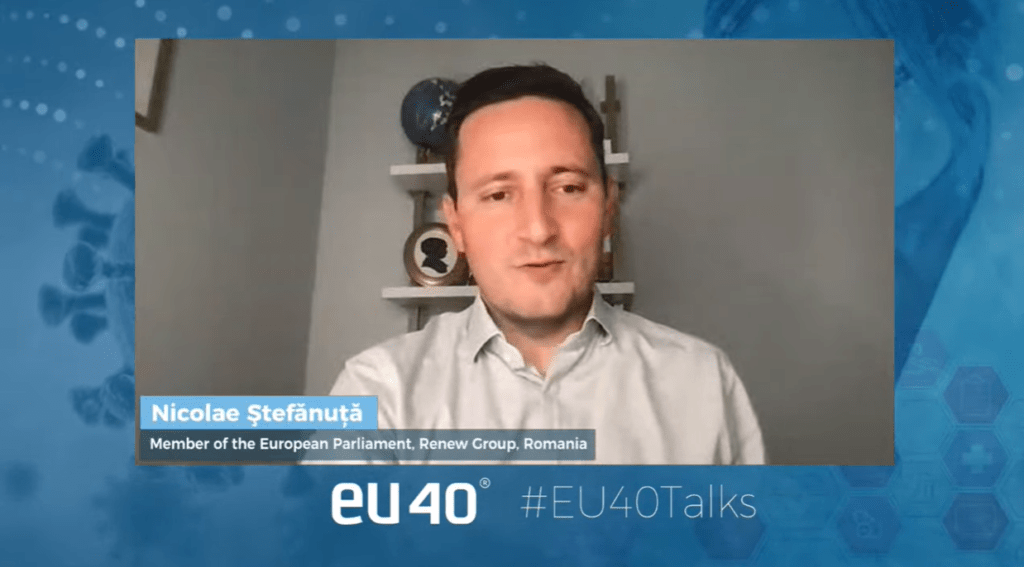 Opening the discussion, MEP Nicolae Ştefănuță, EU40 Board Member (Renew Group, Romania) underlined that while Member States were initially “egoistic” at the start of the pandemic, they had later shown “great solidarity”. “The virus made us more united: the EU joint purchasing mechanism has been a great show of solidarity…we have a dedicated EU for Health programme,” he said, adding that the European Parliament’s Budget Committee has just voted to increase the EU’s 2022 budget, with an additional €51 million to build up a strong European Health Union and to make national health systems more resilient. 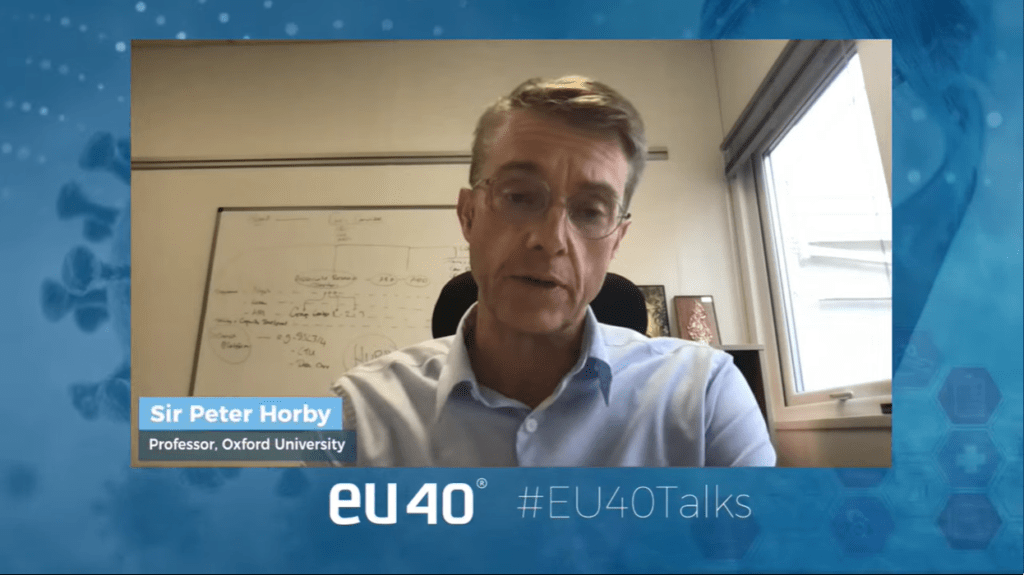 Sir Peter Horby, Professor of Emerging Infectious Diseases and Global Health at the University of Oxford, hailed the “astonishingly quick” development of a vaccine against COVID-19: “Pandemic has shown how academic excellence partnered with industry know-how can be truly transformative” – he highlighted. “Why can’t we do this every day?, he asked. His solution was to reduce the huge regulatory barriers and cost of trials which are a “massive disincentive” for researchers. “We need to see more investment in global health threats and for longer .., at a scale that is meaningful,” he added. 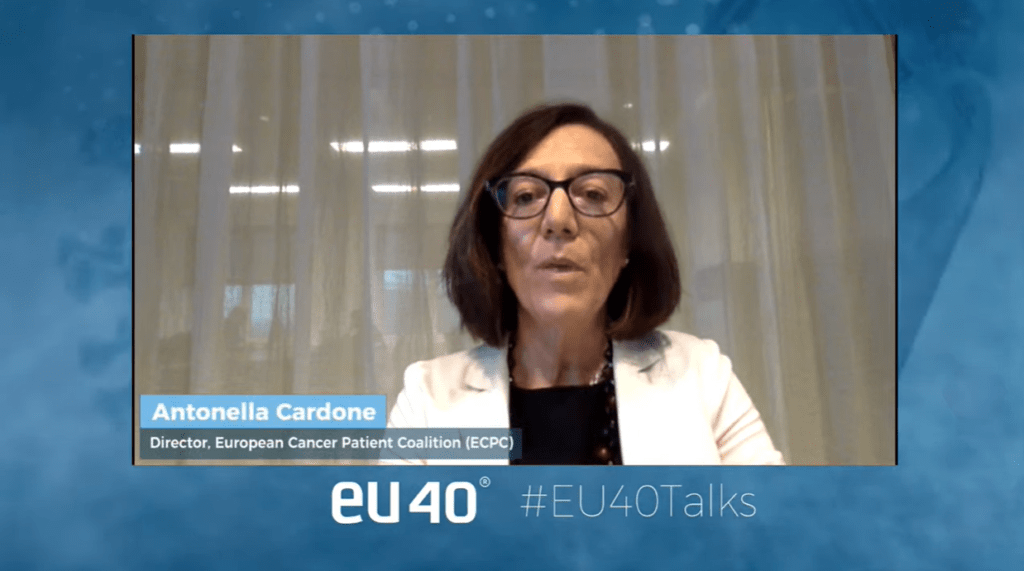 Antonella Cardone, Executive Director of the European Cancer Patient Coalition (ECPC) expressed concern over the pandemic’s impact on non-COVID care. “Patients with cancer were reluctant to go to their GPs. The toll on them has been unbearable. Perhaps it’s time to consider cost action against people refusing the vaccine,” she said. She also stressed the importance of addressing health illiteracy and lack of awareness: “An EU framework able to mobilise financial resource, share medical expertise and overcome inequalities needs to be activated,” she added. 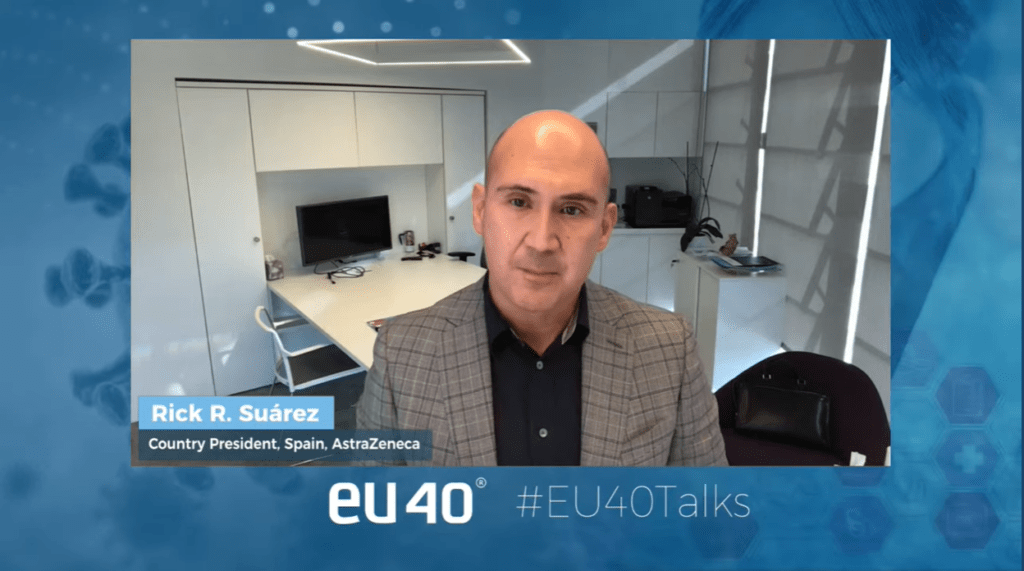 Rick Suárez, AstraZeneca’s Country President for Spain, hailed the company’s partnership with Oxford which had allowed it to manufacture a successful vaccine, “working around the clock” at 25 sites in 15 countries. “We’ve been able to supply 2 billion doses to over 170 countries – an extraordinary feat,” he said, adding that two thirds of AstraZeneca’s supply had been delivered to low- and lower-middle-income countries through COVAX. 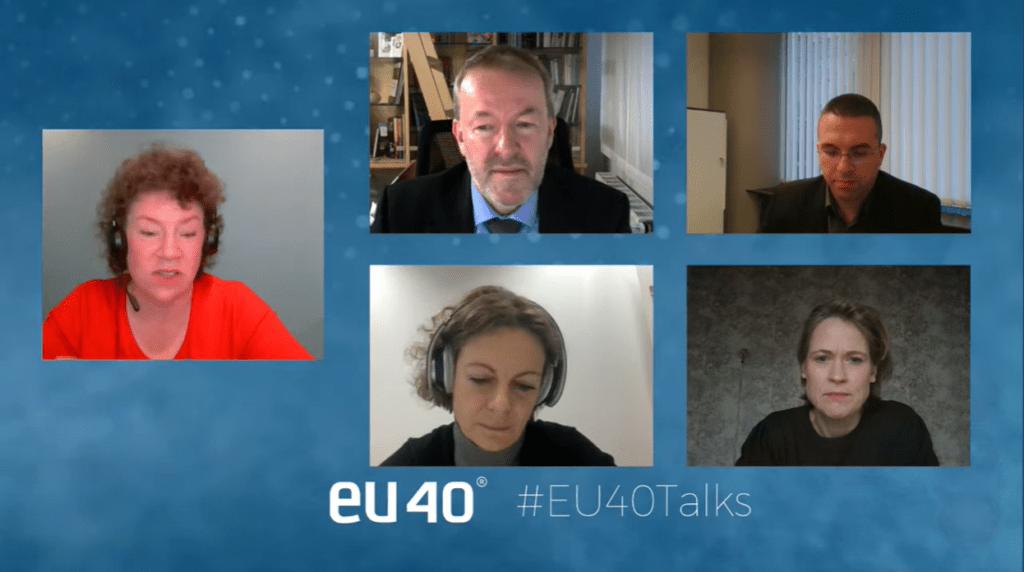 The second part of the discussion focused on how lessons from the pandemic should be translated into effective policy change. 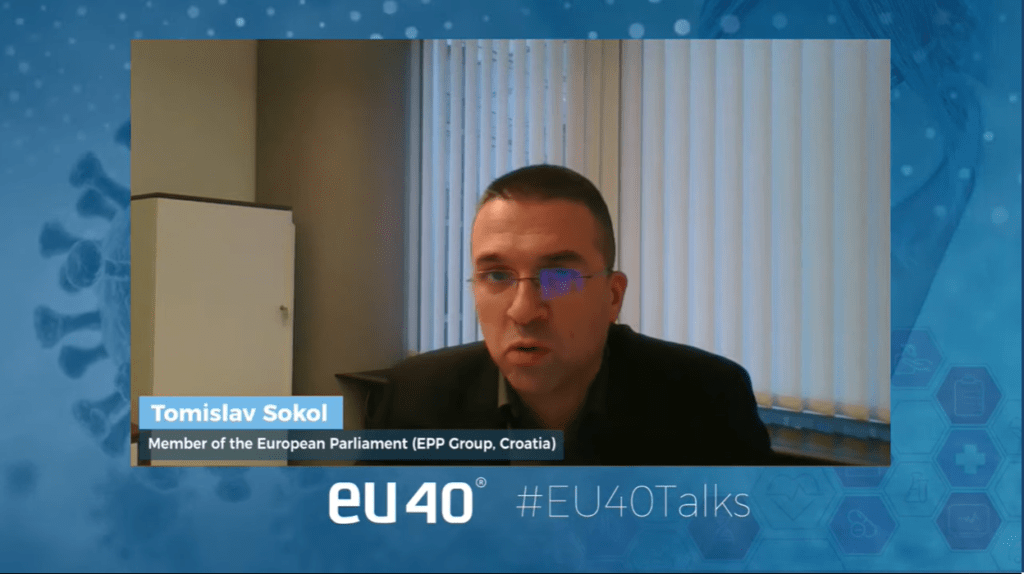 MEP Tomislav Sokol, EU40 Board Member (EPP Group, Croatia) stressed that “the time to act is now: we are working towards a regulatory and financial framework able to create better civil protection, reduce differences in healthcare access and increase pandemic preparedness at EU level”. He acknowledged that policymakers often had a “short attention span” and were “much too bureaucratic”. However, he insisted the EU had raised its game, championing green lanes and joint procurement of vaccines. The new European Health Emergency preparedness and Response Authority (HERA) is one example of its determination to act with purpose, he added. 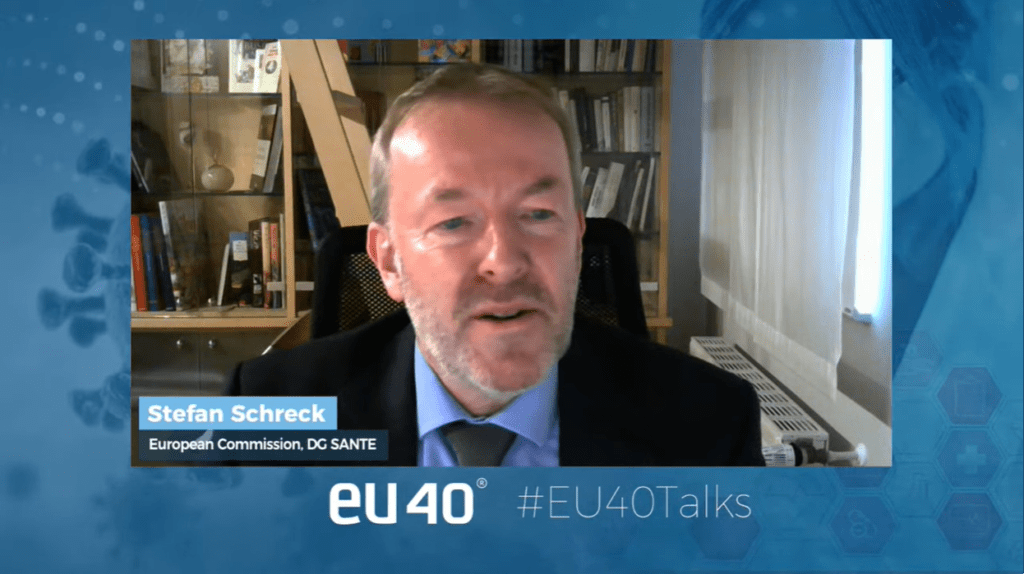 Stefan Schreck, Adviser for Stakeholder Relations at the European Commissions Department for Health and Food Safety (DG SANTE), also admitted that the EU’s response to major health threats had been too slow in the past. Joint procurement “took a decade from proposal to implementation,” he said. Mr. Schreck highlighted the potential of the new Health Technology Assessment (HTA) Regulation in streamlining the existing different approaches that would lead “to better and more intensive collaboration” between Member States. 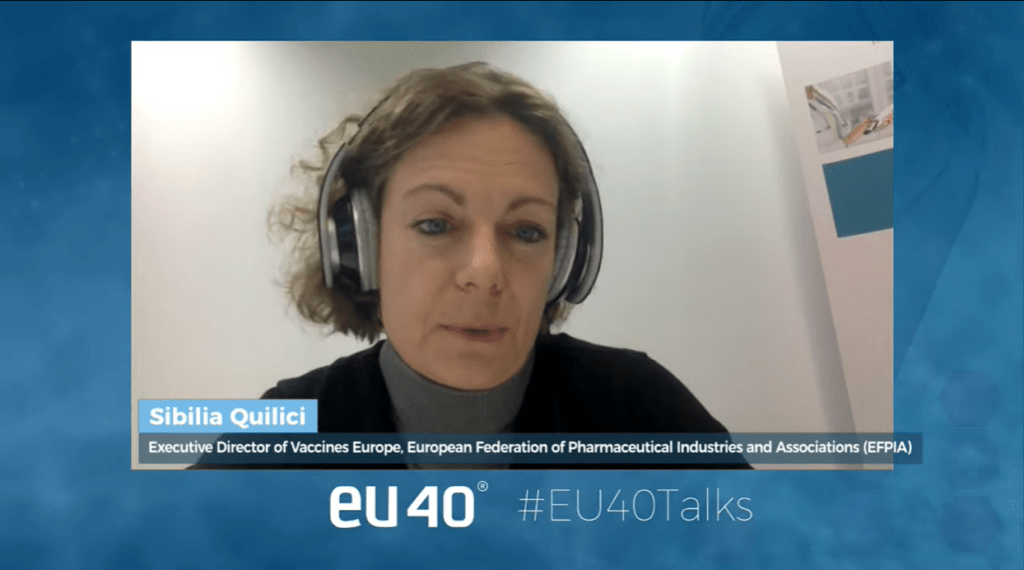 Sibilia Quilici, Executive Director of Vaccines Europe, European Federation of Pharmaceutical Industries and Associations (EFPIA), emphasized the “critical” need for a strong intellectual property and regulatory framework – and to include all stakeholders in health policy development.  She also pointed out that “an increased HTA regulation is part of the solution to a more resilient healthcare system, but it remains an ‘initial’ tool which requires further improvement”. 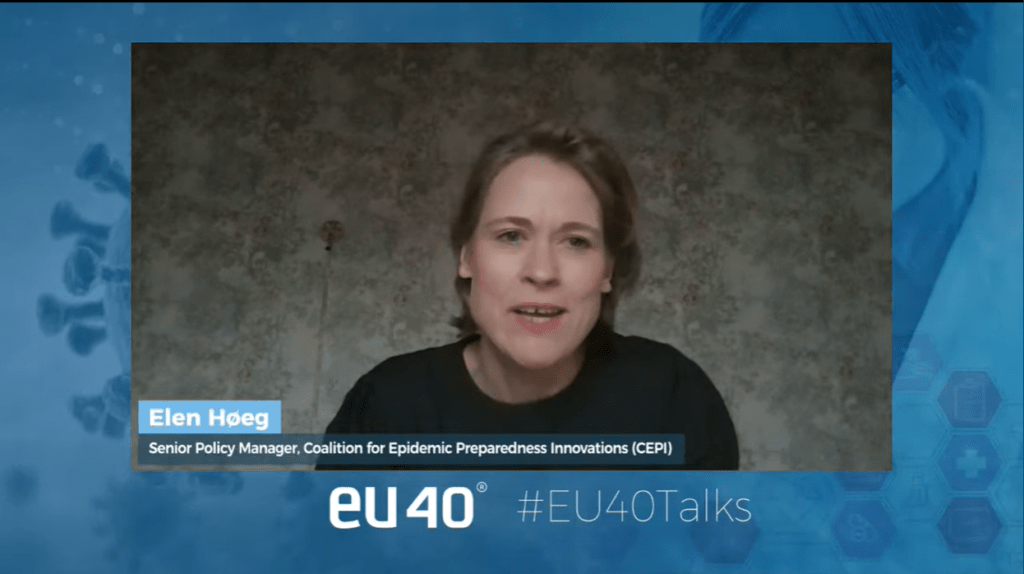 Elen Høeg, Senior Policy Manager, Coalition for Epidemic Preparedness Innovations (CEPI), said: “No one is safe until everyone is safe: cross-border capacity must be EU’s top priority. It is crucial that the EU builds a predictable and sustainable financing to drive equitable access to healthcare. Responding to calls by Charles Michel, President of the European Council, for a Global Pandemic Treaty, she said “we need a global system that is more fit for purpose” and better leadership in governance. “We have the technological tools. It’s now a question of political will rather than science,” she added.

Find the full recording of the virtual event here: