What a fantastic conversation!

In our #EU40Talks EU Health Commissioner Stella Kyriakides pledged to “make the personal political” to elevate the fight against cancer.

In the first health-related speech of her mandate, Kyriakides said the “stars are aligned magically together” to make cancer a priority across the EU institutions. “The whole Commission is behind this effort!” she said, speaking at an event at the European Parliament.

“We need to see cancer approached horizontally,” she noted, adding that Europe’s “Beating Cancer Plan” should incorporate not just the health sector, but also education, the workplace, agriculture and marketing.

It is “really unacceptable” that EU citizens “don’t all have access to the same level of care,” she said.

Kyriakides cited capitals, the pharmaceutical industry and patient advocates among the players who need to confront this problem.

During her appearance, Kyriakides also officially announced the Commission’s plan to, on February 4 – World Cancer Day – start the discussion on Europe’s #CancerPlan! 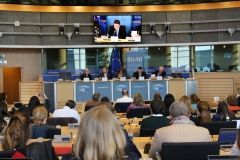 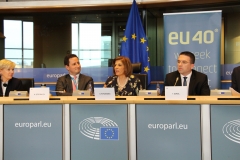 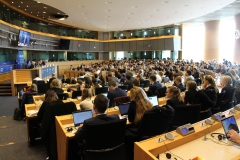